Hulu has been around for a while now, but with the recent launch of its new service they’re going to be changing their streaming policy. They’ve announced that they will allow two devices at once on a single account! This is an awesome amount of power and I can’t wait until it’s available to me. 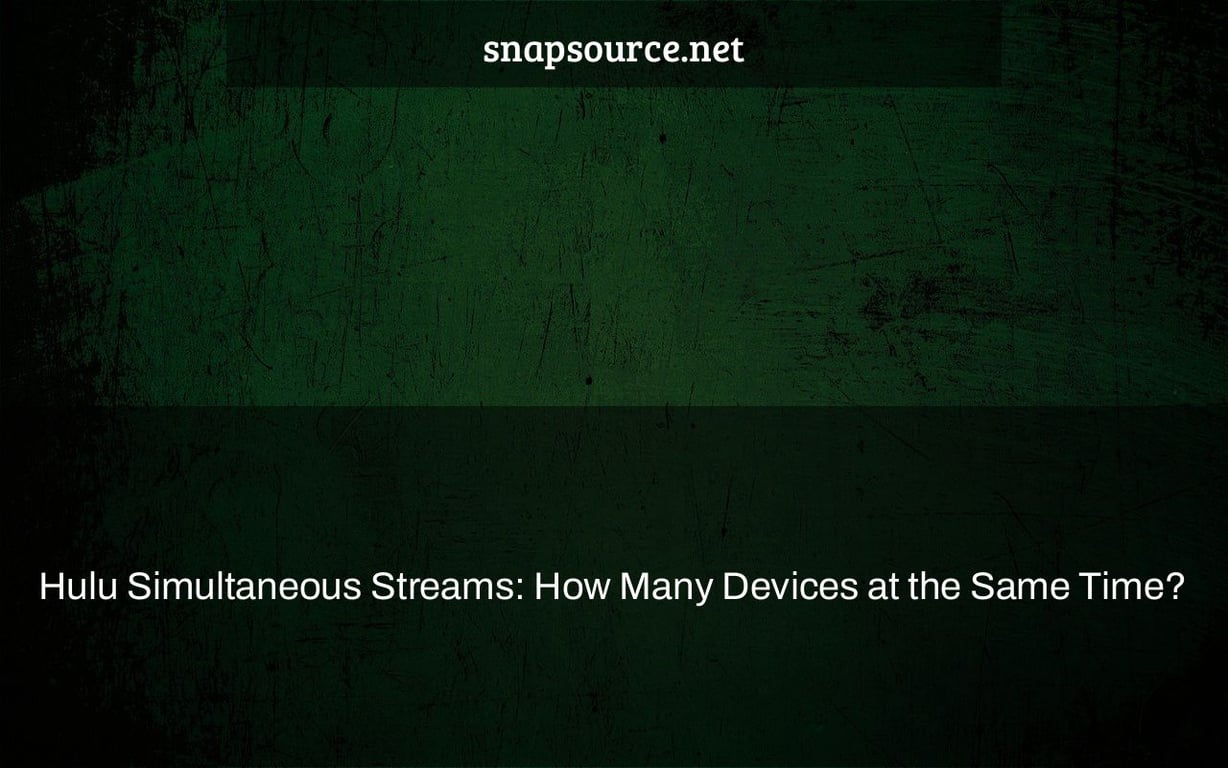 Subscribers to Hulu may watch on up to two devices at the same time. Whether you’re using regular Hulu or Hulu with live TV, you’re limited to two streams. Subscribers to Hulu Live may also pay for the Unlimited Screens add-on, which significantly boosts the amount of simultaneous streams. However, the actual number of concurrent add-on streams will be determined by whether or not the device is linked to the home network.

One of the few aspects that customers should be aware of before signing up for a new service is simultaneous streaming. The amount of streams varies widely across providers, much like pricing and channels, and these constraints may have a direct influence on the entire user experience. Understanding a streaming provider’s same-time streams policy is thus an excellent approach to ensure that the streaming service is appropriate for a person or family.

Hulu members may watch up to two streams at once. Hulu basic and Hulu live members are also subject to this restriction. Furthermore, this is a combined number for the two Hulu memberships, not an individual total. In other words, although a Hulu live subscription includes basic Hulu, no extra streams are provided. Regardless of whether they are streaming from the basic library or live TV, a Hulu live subscription may only stream on two devices at the same time.

While regular Hulu members do not have the opportunity to raise their stream count, Hulu live subscribers can. For an extra $9.99 per month, Hulu now offers an Unlimited Screens add-on.

The add-on, once applied to a Hulu live TV plan, allows the customer to watch on as many devices as they like. While it is limitless, there are certain limitations since it is not as endless as the add-on name implies. The biggest distinction is in the home network. 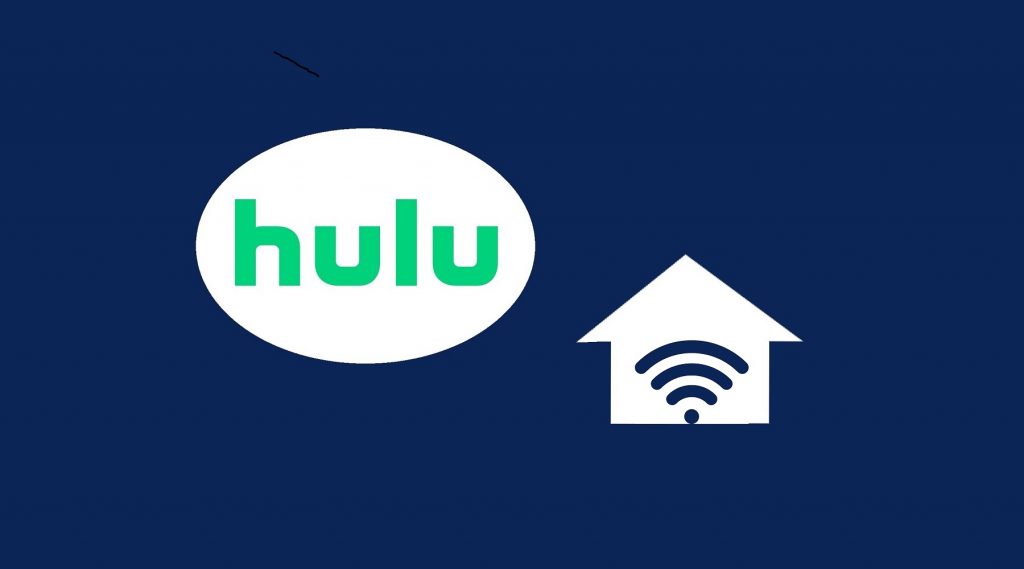 Hulu offers streaming on as many devices as required while linked to the home network. Hulu does not specify a “unlimited” number of compatible devices, but it does indicate “any number of supported devices.” As a result, certain users may still be unable to stream on certain devices, regardless of how many streams are active at the moment.

When attempting to watch Hulu away from home, the problem becomes more challenging. Hulu’s home network policy prevents users from using as many streams when away from home as they do at home. This is not the case with the default two streams, but the number decreases when more streams are added.

Hulu users, for example, may only watch on up to three devices at once when they are away from home and have paid for the Unlimited Screens add-on. That is, three devices that are not presently linked to the home network at the same time. 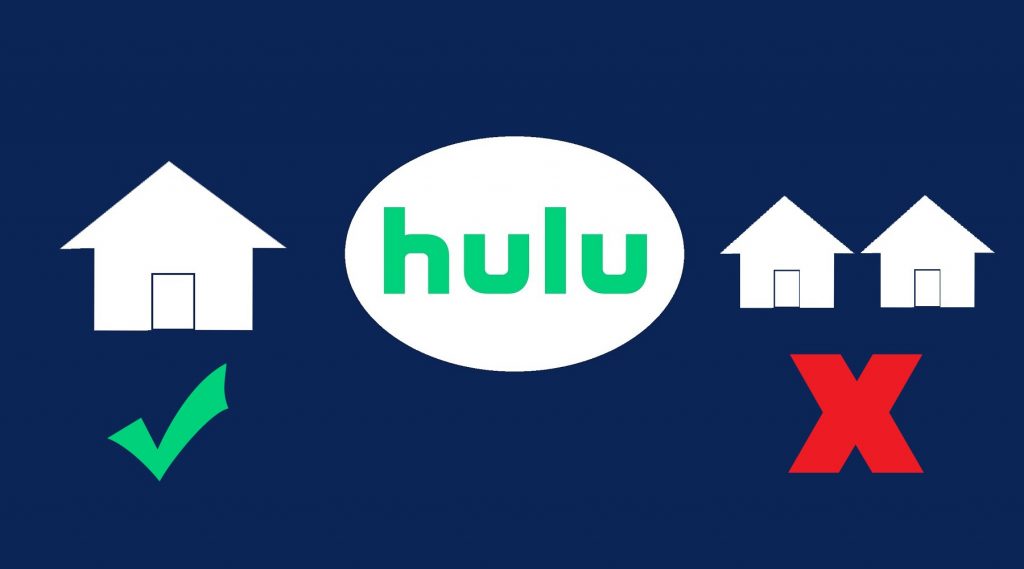 This restriction is unique to mobile devices since, regardless of stream quota, the service does not enable connections via ‘living room’ devices while users are away from home.

Because both basic Hulu and Hulu live members only gain access to two streams at a time, Hulu’s approach to simultaneous streaming is rather straightforward. That is the only amount of same-time streams accessible to basic Hulu members, since there is no option to upgrade.

Hulu live TV viewers may opt to pay an extra $9.99 per month for the Unlimited Screens add-on, which is not included in the standard subscription. Once activated, the add-on enables live TV customers to watch on as many devices as they wish at the same time, as long as they are all linked to the same home network. When Hulu live users are away from home, the Unlimited Screen add-on will only allow them to watch on three mobile devices at the same time.

Hulu has announced that they are expanding their service to include simultaneous streams. They have also released a FAQ on how many devices you can stream Hulu at the same time. Reference: how many devices can you have on hulu + live.

Can I watch Hulu with live TV on multiple devices at the same time?

A: You can watch Hulu live on as many devices as you want to simultaneously with the Live TV plan. With this, you will have streaming access to your local channels and a DVR so that when theres no new episodes of your favorite shows, youll still be able to catch up later.

Can I watch Hulu at two different houses?

A: Hulu does not let people log in with two different email addresses on the same account. If you want to watch it at one house, you will need to set up a new account for that particular address and register your device again.

How many users can Hulu have?

A: Hulu has more than 50 million subscribers.

How Much fuboTV Costs Per Month & What You Get